The FN 502 Tactical is a 22LR rimfire pistol with threaded barrel based on the FN 509 that combines the feel of a compact carry gun with the cost-effectiveness of rimfire ammo. This semi-auto is ideal for training.

The 22LR pistol has all of the tactical characteristics of the 509, such as an optic-ready slide, suppressor height sights, and a threaded barrel. To keep the weight low, the slide is constructed of aluminum and the frame is built of polymer, and this model is finished in black.

The single-action only trigger helps to smooth out the trigger pull and has a crisp break for pinpoint accuracy. It comes with two magazines, one for 15 rounds and the other for 10 rounds, which are designed to increase feeding and eliminate malfunctions, making it one of the most reliable semi-automatic 22 LR handguns on the market. This is a wonderful addition to your collection because of the familiar ergonomics, ambidextrous controls, and compatibility with most 509 holsters. 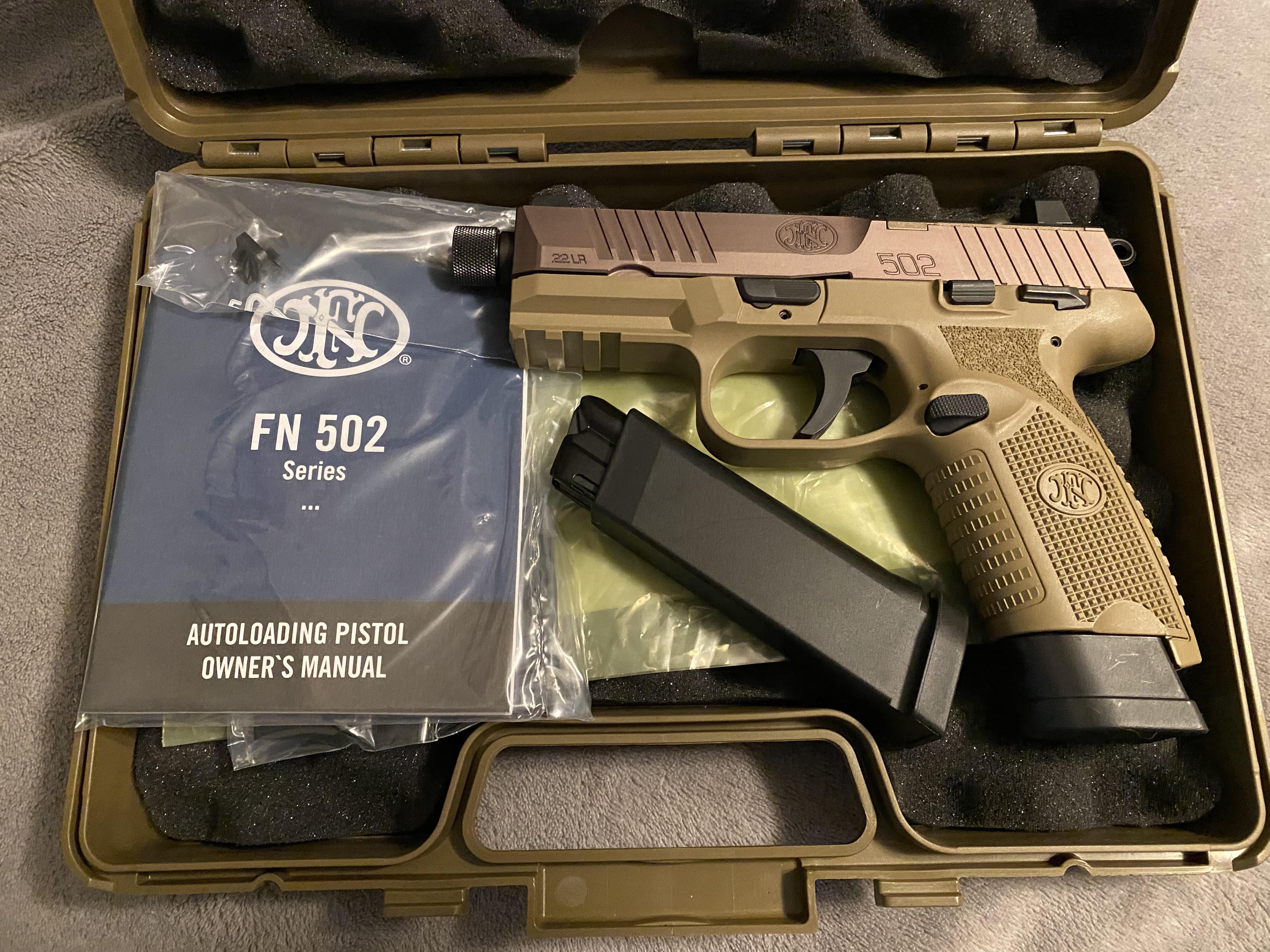 The FN 502 Tactical isn’t the first of its kind. It’s the first slide-mounted, optics-ready rimfire pistol in the industry, and it’s from FN.

Any other rimfire can’t compare to the accuracy and adaptability of the 22 LR. Installing a preferred red dot optic and cycling through a variety of. A low-cost range day becomes a high-end experience using 22 LR ammo. 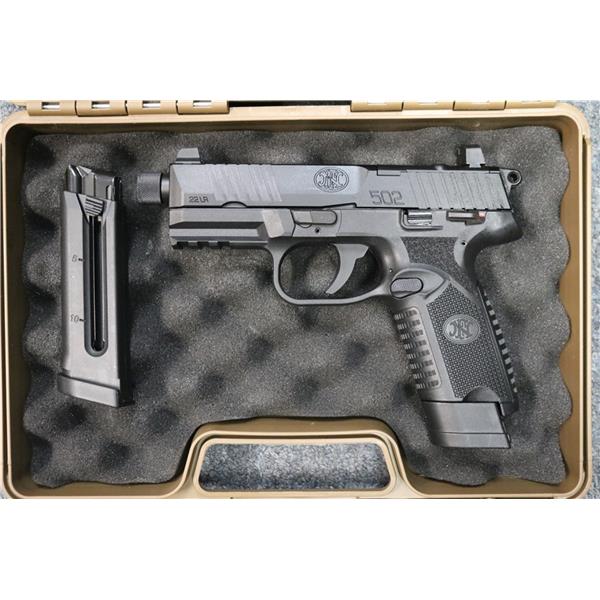 The FN 502’s outstanding ergonomics, proven balance, and ambidextrous controls, all of which are a homage to the FN 509®, make it ideal for high round count training sessions.